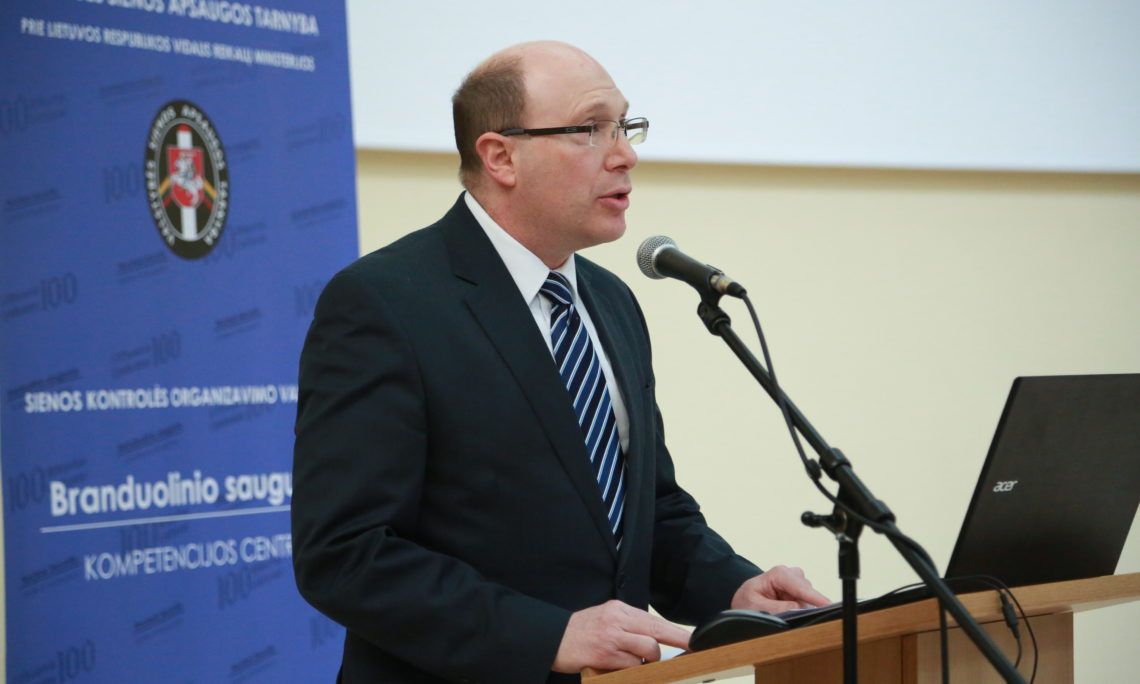 It is an honor to be here on the fifth anniversary of the Nuclear Security Center of Excellence. I would like to convey the United States’ deep appreciation and support for all this Center represents, for Lithuanian, regional, and worldwide security.

In March 2012, at the Nuclear Security Summit in Seoul, Lithuania had made the historic decision to establish the Center of Excellence. With this decision, Lithuania took on a leadership role on important initiatives in order to curb illicit trafficking of nuclear material and prevent nuclear terrorism.

Facility managers, customs agents, regulatory staff, engineers, technicians, and others from Lithuania, the region, and across the world now come here, to the world’s first Center of Excellence. Lithuania’s Center has since been joined by a number of other centers of excellence and training centers around the globe. You led the way.

And as a result of the increased attention to training and the human factor in nuclear security, the global cadre of trained individuals in nuclear security is both greater and more interconnected. These centers promote a regional, not just national, approach to nuclear security training, dramatically improving our capacity to combat nuclear terrorism.

I understand that last year, law enforcement, as well as radiation detection and regulatory experts from Latvia, Estonia, Poland, Ukraine and Moldova, attended training courses at the Center of Excellence. This summer, Lithuania will host the next Proliferation Security Initiative capacity-building workshop and tabletop exercise, which will include a visit to the Center of Excellence. These events will further increase regional cooperation in the Nordic and Baltic Sea region.

Experts from the U.S. Department of Energy tell me about the great work that Lithuania has done to combat nuclear terrorism and make our world a safer place. They tell me that you are world-class experts, and they are looking to send experts from other countries to train here, instead of in the United States.

Today, we celebrate the fact that you are a true center of excellence, not just in name, but in the quality of training you offer. You have the thanks and full support of the United States and I wish you all great success in your continued endeavors.