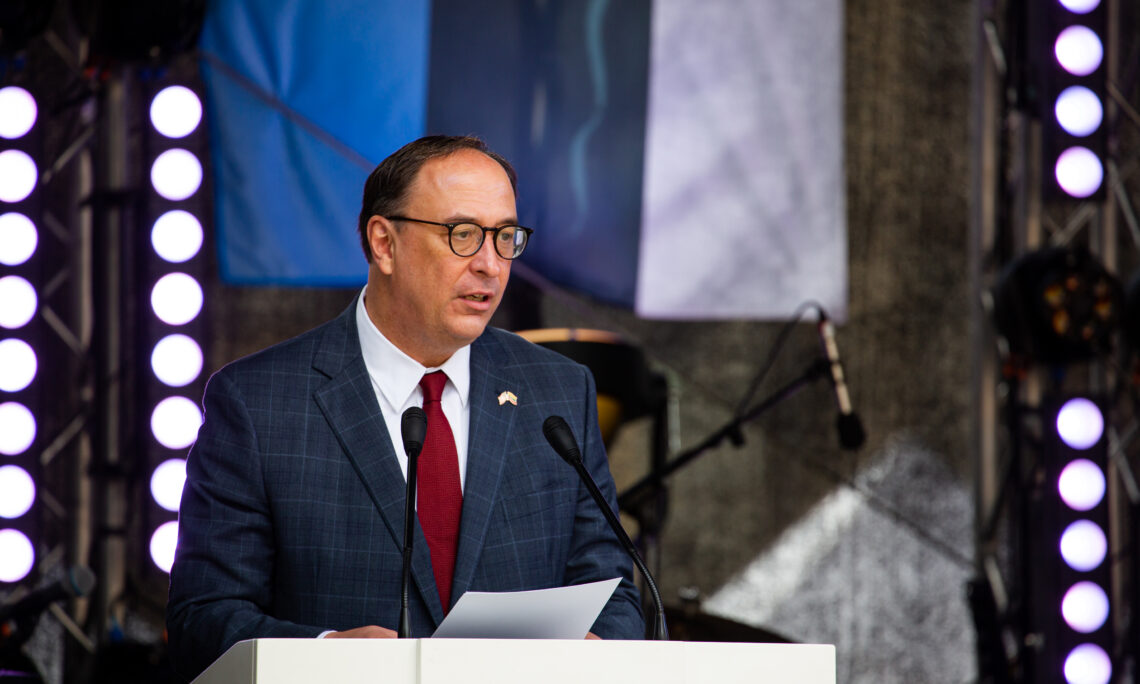 Your excellencies, the ambassadors of Latvia and Estonia

It’s a privilege to be here today as U.S. ambassador — to celebrate our relationship and to honor Sumner Welles, my fellow diplomat and someone I personally regard as a hero.

As diplomats, our job is often to seek compromise, to somehow bring together opposing views and find common ground.  But sometimes, an event happens about which there can be no compromise — an event that compels us to uncompromisingly state our principles and what we stand for.

Eighty years ago today, the United States of America declared that we would never recognize the Soviet Union’s deliberate annihilation of your political independence and territorial integrity.

In just seven sentences, Acting Secretary of State Sumner Welles encapsulated our fundamental American values and laid a cornerstone of our policy toward the Baltic states and the Soviet Union for the next 50 years.  The United States never forgot you.  Your flags continued to fly at the State Department in Washington.  Your legations continued to operate.  Our relations continued to grow, rooted in the shared belief that you were entitled to your freedom and your sovereignty — and that one day, you would achieve them again.

Today, 30 years after Lithuania became the first to throw off the tyranny of the Soviet Union, these shared values guide us, as friends and Allies.  I often say that I can’t imagine a stronger partner.  I thank the Government of Lithuania and the people of Lithuania for your friendship; your courage; and your steadfast devotion to defending freedom and democracy around the world — side by side with your American Allies.

The Welles Declaration — those powerful seven sentences — still resonates today.  We reaffirm these principles, and our unwavering support for the sovereignty and territorial integrity of all nations.

Furthermore, we stand by the historical truth about the predatory activities condemned in this powerful document:  The Soviet Union illegally annexed and occupied the Baltic states.  We reject all attempts to rewrite that history.  We stand for the sovereignty of Lithuania: then, now, and always.