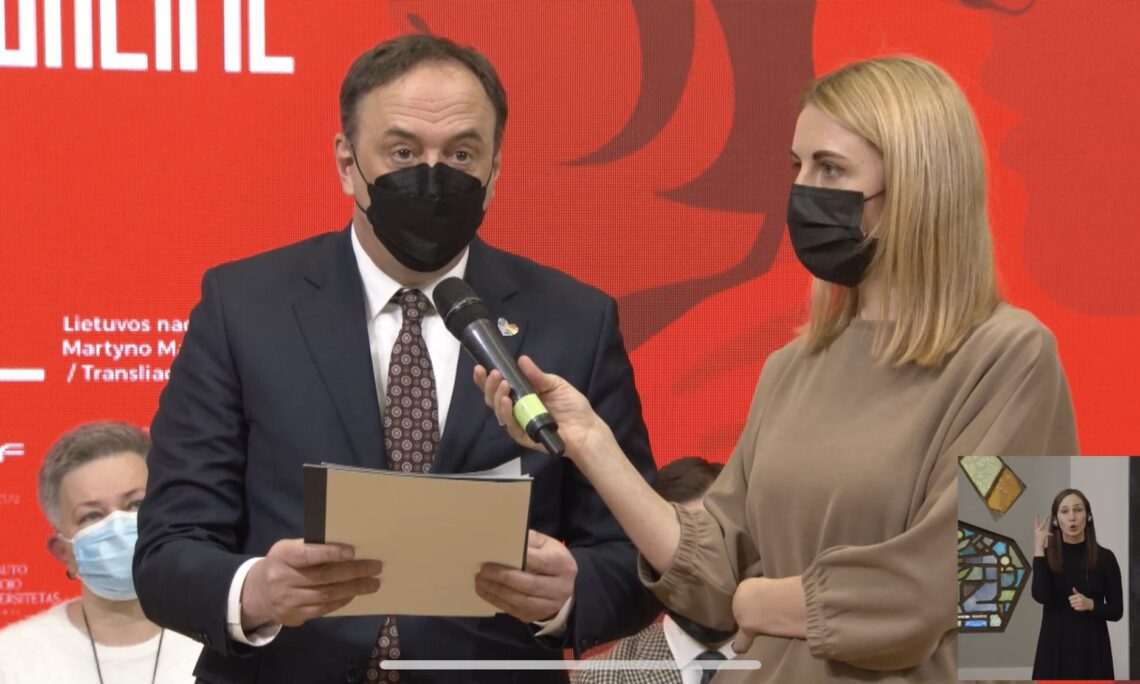 Ambassador Gilchrist’s remarks at the National Forum on Human Rights

Dear friends, it is an honor for me to be here today.  This is the fourth year the U.S. Embassy to Lithuania has supported the Human Rights Forum in recognition of Human Rights Day.  Every year on this date – December 10 – we observe that remarkable day in 1948 when the United Nations General Assembly adopted the Universal Declaration of Human Rights.

The Declaration proclaims the inalienable rights that everyone is entitled to as a human being. It set out, for the first time, fundamental human rights to be universally protected.  The Declaration has been translated into over 500 languages.  Five hundred!  It has inspired generations of those seeking freedom, equality, and respect for basic human integrity.  And it has inspired me.

This year’s international theme for Human Rights Day is Equality – Reducing inequalities and advancing human rights.  And in that light, I think it is fitting that forum organizers in Lithuania have chosen to hold this panel on the topic of the human rights of LGBTQI+ people and protecting same-sex families.  It is an issue that in many ways has seized Lithuania over the past year and mobilized Lithuanians to the streets.  During my time in Lithuania, I have seen tremendous acts of leadership and courage, including by many activists and leaders at this forum.

So when I speak on LGBTQI+ rights in Lithuania, I am not just speaking as an openly gay ambassador.  I am speaking on behalf of the United States of America.  This is the policy of my government.

This approach on LGBTQI+ rights is not unique to the U.S. Embassy in Lithuania.  Rainbow flags fly at U.S. embassies around the world during Pride Month each year and on the International Day Against Homophobia, Biphobia, and Transphobia.  U.S. ambassadors participate in Pride marches.  And our embassies work actively in support of acceptance, diversity, equity, inclusion, and positive change.

Why? This is an issue of human rights as so profoundly laid out in the Universal Declaration of Human Rights.  It also reflects American values.  Opinion polls show that 70 percent of Americans now support not just same-sex partnership, but full same-sex marriage, which has been the law nationally since a historic Supreme Court decision in June 2015.

This progress in the U.S. did not come without struggle, lots of debate (as in Lithuania), and lots of changing hearts and minds.

But – as I stated at a forum at the Ministry of Justice just a few months ago – more and more, Americans realized these facts:

While there is still much to achieve, progress in the U.S. on LGBTQI+ rights has happened due to efforts on multiple fronts and yes, over many years, including through laws, court decisions, more accurate portrayals in the media, changes in policies by private companies, the efforts of civil society, and by the courage of LGBTQI+ individuals and their friends, families, and supporters to be visible and stand up.

The issues of same-sex civil partnership and marriage in the U.S. generated similar heated debate and, at times, divisiveness as in Lithuania now.  And I will say that once it was addressed, it largely ceased to be a major political issue.  Americans simply moved on.  An issue that was deliberately used to divide us lost its power and ceased to matter.  I hope the same for Lithuanians.

As an American diplomat and as an LGBTQI+ person, I again thank the organizers of this important forum.

And I wish you all a very meaningful, reflective, and productive Human Rights Day 2021.
Thank you. Ačiū labai.