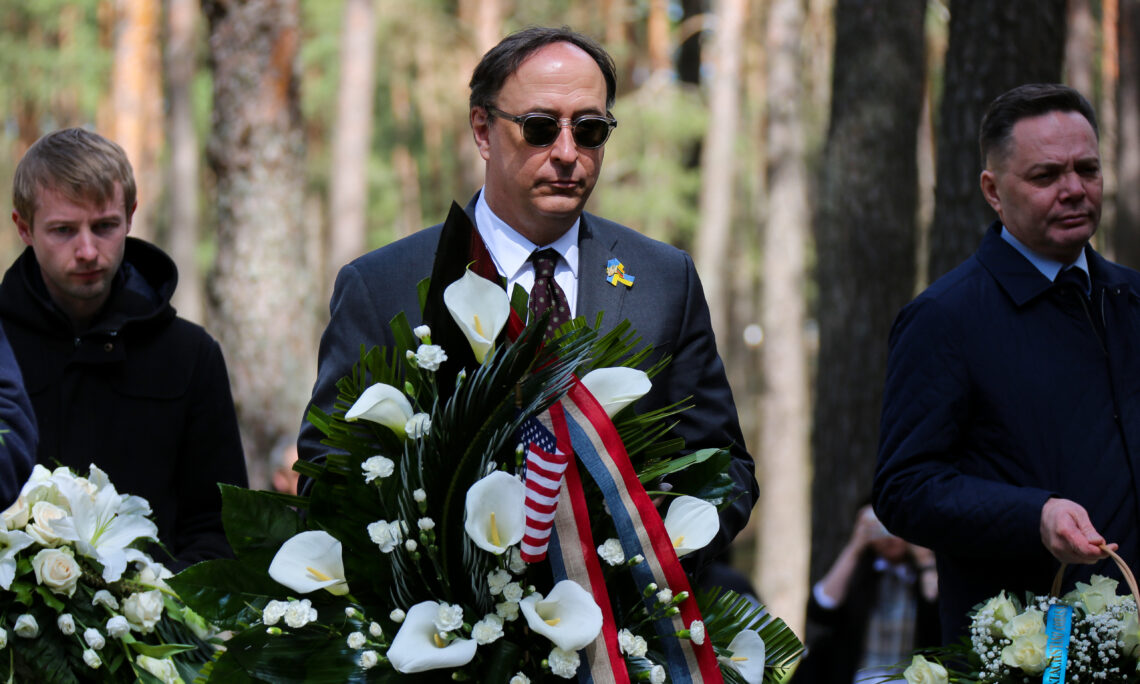 We stand here today to honor the roughly 200,000 Jews murdered during the most brutal period in Lithuanian history.  These people were not nameless.  They were not faceless statistics, as much as the perpetrators of this crime against humanity may have wanted them to be.  They were innocent men, women, children, mothers, fathers, sisters, brothers, friends, and neighbors.

They were terrorized and murdered not just by an invading force, but also by Lithuanians.  And while there were circumstances in which courageous heroes protected Jews, this was far too little to prevent the near elimination of Lithuanian Jewry.

We stand here at a time when the forces of hatred in this part of Europe have risen to a level that we have not seen since that horrible period of the Holocaust.  And in this past week in this very location – the sacred woods of Paneriai where 70,000 Jews and 30,000 others were brutally executed – this hate was evident in the horrific defacement of monuments to those who perished here.

Whoever was responsible for this vandalism sought cynically to divide Lithuania and lessen the resolve of all of us to combat hate, be it through this solemn commemoration in the Paneriai woods or through our support and commitment to the people of Ukraine.

But here we stand together – with our feet firmly planted — in brave defiance.

In the years since Lithuania’s liberation from Soviet oppression, this country has made substantial progress in recognizing and educating people on the horrors of the Holocaust here.  We cannot bring back the lives of those who perished, but we can and we must remember.

To this end, whom and what we memorialize is important.

And I express the hope that just as Lithuania is now removing monuments that glorify the Soviet legacy, that Lithuania will also remove monuments that elevate those who participated in Nazi atrocities, including Jonas Noreika and Juozas Krikštaponis.  This is a fitting way – and a morally right way — to remember those lost.  This is a fitting way to stand against hate.

Thank you to the Government of Lithuania, particularly the Ministry of Culture, and the Lithuanian Jewish community for organizing today’s events.  And thank you to all who are here today.

I am proud to stand with you against hate.