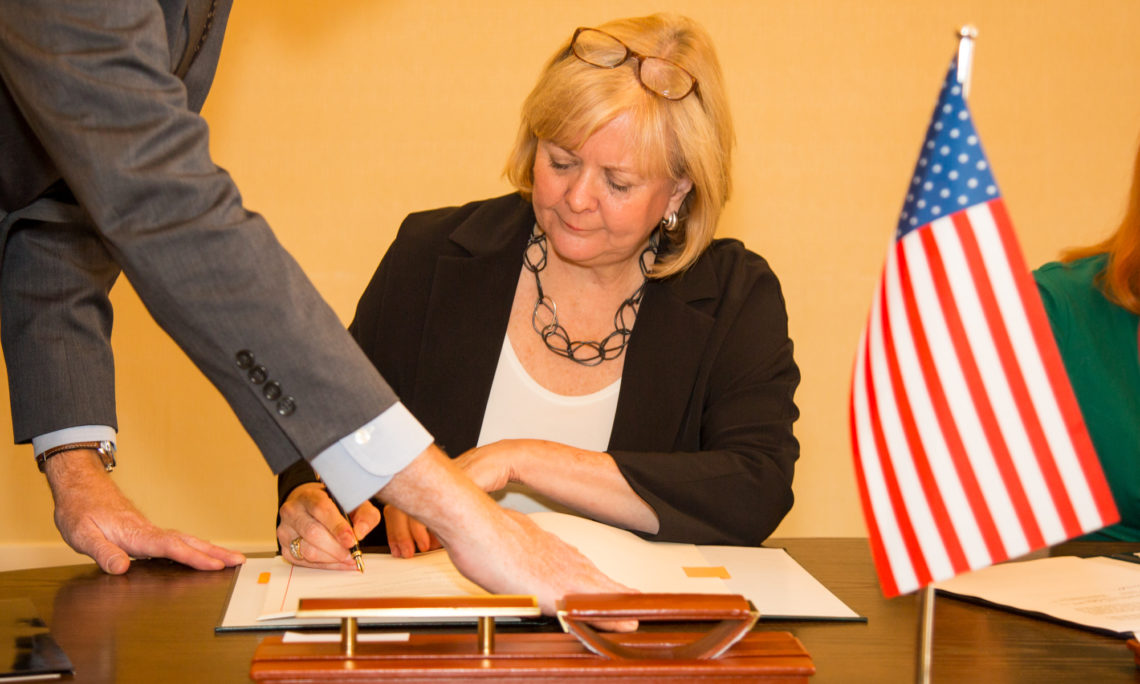 Ambassador Hall Remarks for the Signing of Science, Technology and Innovation Agreement

(as prepared for delivery)

Ministry of Education and Science of the Republic of Lithuania, Volano g. 7, Vilnius

I would first like to thank Minister Petrauskiene for arranging and hosting this ceremony.  And, of course, thank you everyone for being here today.

It is a great honor to greet you on this occasion, as we sign the third cooperation agreement on science, technology, and innovation between governments of Lithuania and the United States.  Scientific research, its commercial applications, technology development and other innovations all play an important role in driving the economic growth and prosperity of our nations.

The United States and Lithuania have been cooperating on science and innovation for many years.  The first S&T agreement between our countries was signed in 1994, shortly after Lithuania regained its independence.

Lithuania also has a Memorandum of Understanding with NASA, making Lithuania one of only 12 countries in the world with such an agreement and enabling Lithuanian students to participate in NASA research through internships.

It is especially symbolic that we are signing this new, 10-year agreement in 2018, as Lithuania celebrates the centenary of its restoration of independence.  This agreement is a symbol of the strong ties between our two countries and underscores our mutual commitment to advancing scientific research for the benefit of the American and Lithuanian people.

In addition to having a longer term than previous agreements, this agreement includes a new Intellectual Property Rights annex, which defines the rights for the scientists and innovators involved and should serve to encourage greater collaboration.

In countries where the U.S. has similar agreements, local and American researchers have sought innovative solutions to provide increased energy independence, better and faster communication systems, increased safety and security, larger agricultural yields, a cleaner environment, cures for diseases, and improved education.  The United States and Lithuania have collaborated on many of these issues under previous agreements, we will continue to work together to solve these common challenges.

I would like to use this opportunity to thank you again for your cooperation as we negotiated this agreement, and express my wish for successful implementation.  I am confident that our cooperation will benefit not only Lithuania and the United States, but also the world of science and the world we live in.