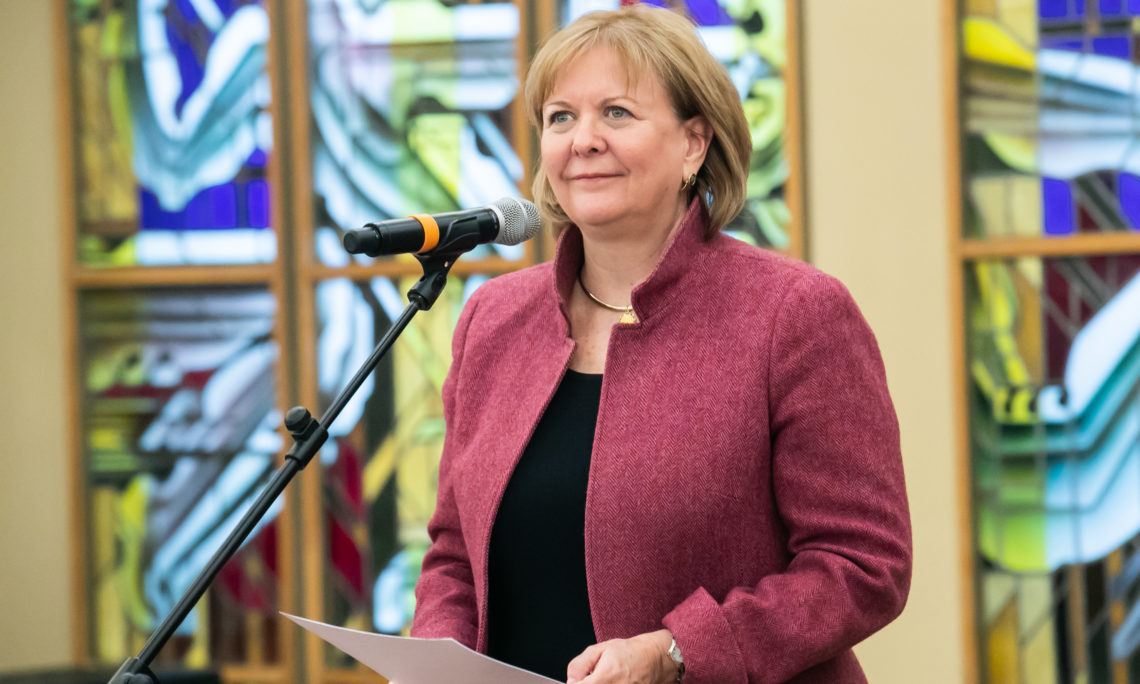 I am deeply honored to be with you today to join in paying tribute to a man who was not only an American hero and patriot, but also a great friend of Lithuania.  As all of you well know, Senator John McCain dedicated his life to fighting for the freedom and democracy that he believed all people are entitled to enjoy.

Perhaps because he had suffered through over five years of brutal torture in captivity, he identified with people who also had suffered, and he respected those who, like him, were warriors fighting tirelessly against oppression.  I think that is why so many Lithuanians admired him.

And it is certainly why he admired Lithuanians and visited this country so many times.  He understood your courage and your refusal to give up in the face of enormous odds.  And he, like the Lithuanian people, endured, fought, survived, and ultimately regained freedom.

I remember his visit in 2011, when he met with Belarusian students from the European Humanities University and spoke out so strongly in support of democratic reform in that county.  When I spoke with him after his event with the students, he was visibly disturbed.  “Terrible, just terrible,” he said, angered by the lack of democratic progress in Belarus.

His last visit to Lithuania was in December 2016.  As always, we had prepared a heavy schedule for him, including a discussion with students at Vilnius University.  Even though he arrived in the midst of the Christmas holiday and the university was on a break, students filled the auditorium to hear him speak.

And as he always did, he stayed much longer than we had planned, talking with everyone who wanted a moment with him.

This was John McCain as he always was.  He gave 150% of himself all the time, whether in meetings with presidents or discussions with students.  Even though we know he was often in pain from wartime injuries, his energy was limitless.  It was moving to see how Lithuanians, from young students to political leaders, responded to him with so much respect and affection.

It is also fitting that this commemoration of John McCain is happening in the same week as the 15th anniversary of Lithuania’s accession to NATO, a cause he championed in the U.S. Senate.   There was no stauncher supporter of the transatlantic alliance than John McCain. He understood that NATO was not only critical for European security, but global security.

Whether here in Vilnius, elsewhere in the region, or in Washington, he worked tirelessly to ensure our collective defense, and lauded the contributions and sacrifices of NATO troops, including Lithuanians, in service of this cause.

I am proud that Senator McCain is remembered so warmly in Lithuania.  His loss left us all with a great hole in our hearts.  He was a lion of a man, who lived a long life of service with courage and determination.

I hope this exhibition will inspire Lithuanians to pursue the same dedication to service that he exemplified, and to continue his – and your – legacy of defending freedom wherever it is in peril.