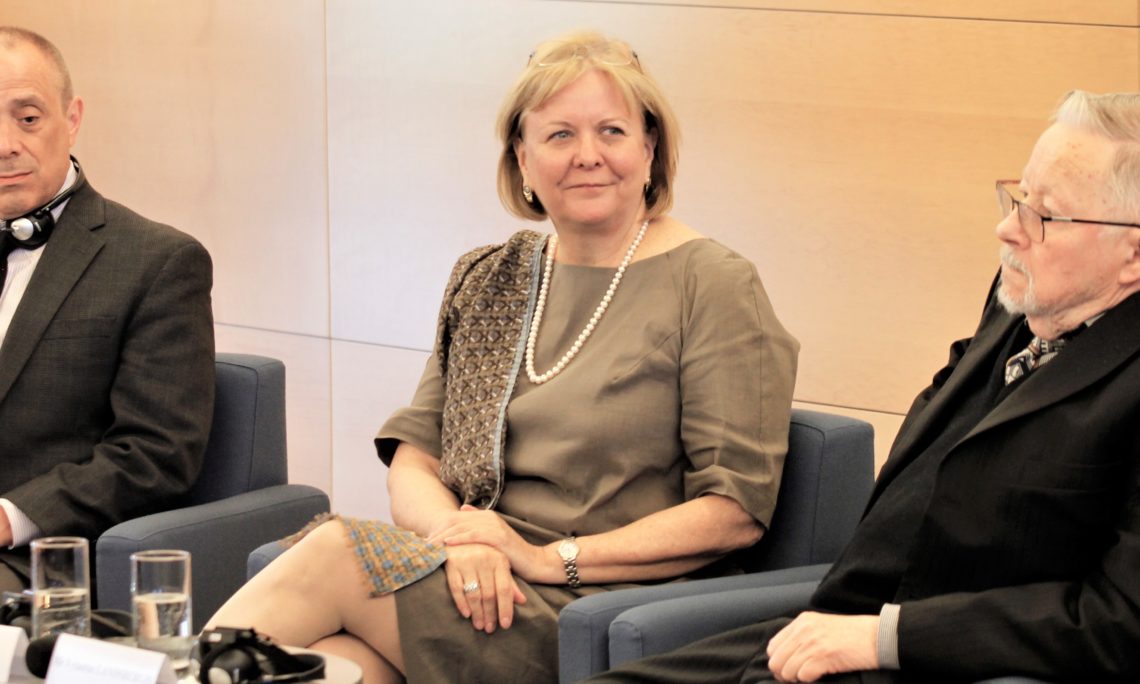 Members of the Seimas,

It is my great privilege to join you today as you honor the legacy of Senator John McCain, an American foreign-policy giant and an unwavering friend of the Lithuanian people.

Throughout his remarkable career, Senator McCain championed the idea of an international system that advances the cause of human freedom.  The inherent dignity of human life was at the core of his beliefs.

He spoke loudly in defense of human rights, with a clear-eyed moral authority formed during the darkest hours of his life.  He understood — as all of you do — that we must vigorously defend the freedoms we cherish.

Senator McCain once said “human rights exist above the state and beyond history.  They cannot be rescinded by one government any more than they can be granted by another.  They inhabit the human heart, and from there, though they may be abridged, they can never be extinguished.”

As Americans and Lithuanians, we are united by these shared values.  So it is fitting that today’s commemoration of Senator McCain’s work coincides with the opening of the 2019 Vilnius Russia Forum, an event that will bring senior diplomats from both of our nations together in support of leading voices from Russian civil society.

Senator McCain worked tirelessly to ensure the fledgling democracies that emerged from the collapse of the Eastern Bloc were welcomed into a Europe whole, free, and at peace.

His remarkable ability to focus Washington’s attention on this part of the world ensured that the United States never lost sight of its deep and long-standing commitment to the people of Eastern Europe and Eurasia.  He vigorously defended the right of small nations to determine their own affairs independent of the interests of great powers.

Through his co-sponsorship of the Magnitsky Act, a landmark piece of human rights legislation developed in consultation with several of you here today, Senator McCain underscored the seriousness of the United States’ ongoing commitment to combatting the corrosive effects of corruption.

I am proud that Senator McCain is remembered so warmly in this part of the world.  Through our close partnership, the United States and Lithuania continue his legacy of support for the ordinary citizens and brave activists who fight for more open, just, and accountable political systems.

I am certain that Lithuania will continue to play a leading role as a convener of promising leaders fighting for a democratic future.  The space you are naming in honor of Senator McCain — one of the Ministry’s most technologically advanced — will support you in that endeavor.  I sincerely hope that it will stand as a reminder to the Ministry’s guests of the power of principled leadership and of our responsibility as diplomats to defend the values that unite us.

May Senator McCain’s ideals live on in this great hall.