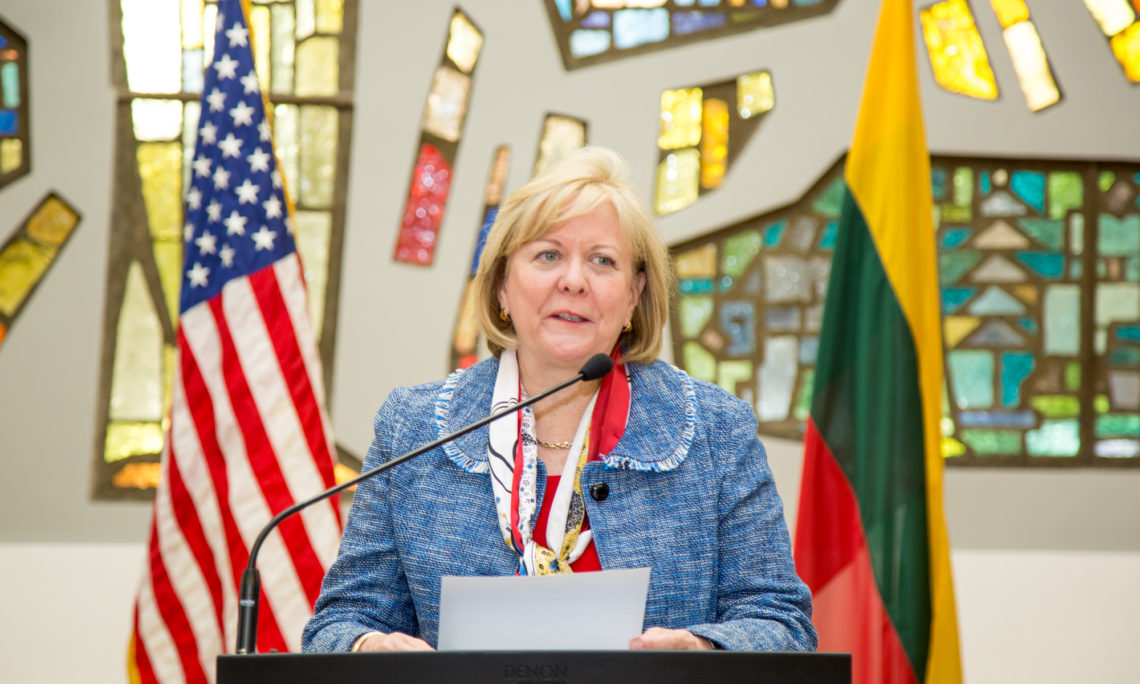 Remarks at the opening of the exhibition “Across the Ocean: The Age of Friendship between Lithuania and the United States of America”

It is a great honor to serve as the U.S. Ambassador to Lithuania during the centennial celebration of the restoration of Lithuanian statehood. The United States has proudly called Lithuania a friend for the past century.

Americans and Lithuanians share a deep love of freedom, independence, and democracy. As President Trump said two weeks ago when he welcomed the three Baltic presidents to the White House:

“We’re thrilled to celebrate this historic milestone… From the very beginning… the United States never ceased to recognize the sovereignty of the three Baltic republics… and we never let you down. And we won’t let you down.”

This exhibit honors the many men and women, on both sides of the Atlantic Ocean, who devoted themselves to building cultural, economic, and political ties between our two great nations. We owe a great debt of gratitude to them all, including you, President Adamkus.

I want to thank the entire team at the Valdas Adamkus Presidential Library, including U.S. Fulbright Scholar Charles Perrin, for your tremendous efforts to find images, stories and multimedia files that bring the story of our bilateral relationship to life.

I also want to thank everyone at the Martynas Mažvydas National Library of Lithuania for so graciously offering to host the grand opening of this exhibit, before it begins a ten-city tour around the country.

This exhibit will travel throughout Lithuania, bringing the story of our shared partnership and friendship to thousands of school children.

On behalf of the American people, I thank Lithuania for 100 years of friendship – and look forward to 100 years more!