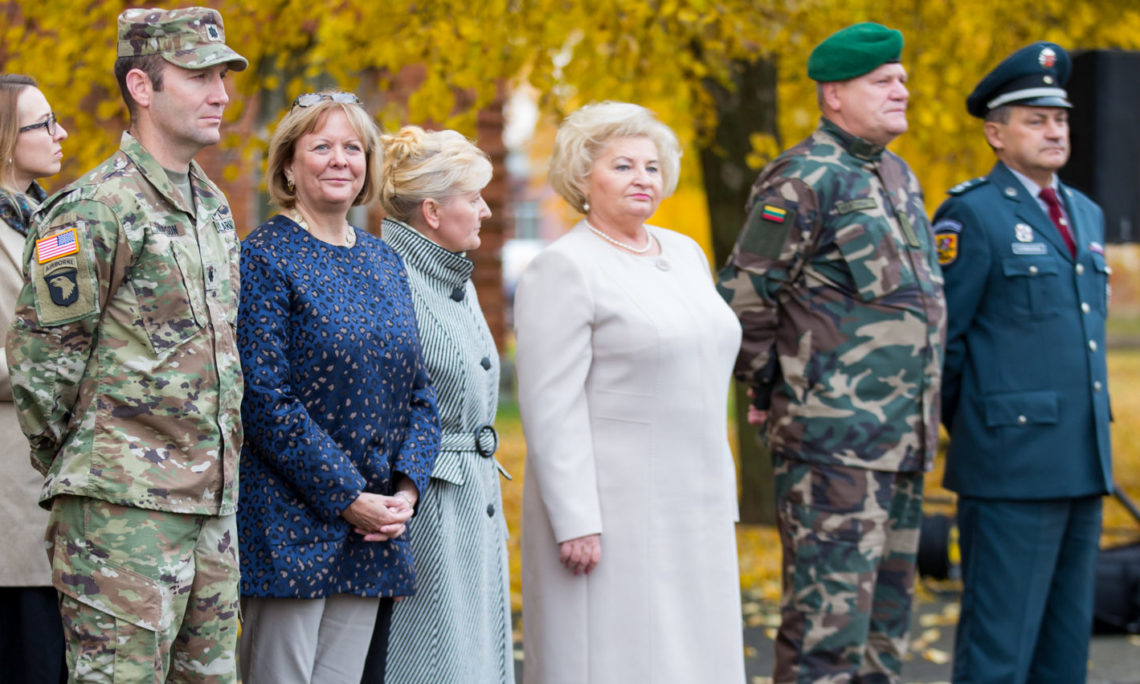 Ladies and gentlemen, distinguished guests, it is my honor to be here today to recognize the important contributions the members of the Lithuanian and U.S. armed forces make every day to keep us safe.

The United States and its NATO allies have one of the closest military relationships in the world.  Lithuanian and American soldiers have been working together since 1993, in hundreds of exchanges between our two countries, and on important deployments to international missions.  Our close relationship is evident in the individual achievements and contributions of the soldiers whom we will honor here today.

The U.S. recognizes that the Baltic States, on the border of our Alliance, play an outsized role in ensuring our security.

And as Vice President Pence said in Tallinn on July 3:  the United States is with you.  America stands with the nations and people of the Baltic States — and we always will.  We stand with our NATO allies in our commitment to your security.

Washington is paying attention to what is happening in Lithuania. Over the past six months, we have had numerous senators, congressmen, senior congressional staff members, high-level State Department visitors, as well as U.S. Secretary of Defense Mattis, come to Lithuania.

These visitors all emphasized that the United States sees Lithuania as a strong partner and friend in Europe.  Secretary Mattis said:  “It is really quite energizing to see young soldiers from across the NATO alliance working together in the forests of Lithuania and elsewhere in the Baltic region as they make clear in a fully defensive orientation that we stand united and together.”

So I thank you for this opportunity to join you today to show our respect and gratitude to the soldiers serving with the Logistics Battalion.  Together, you are strengthening the NATO alliance.

My defense experts tell me that amateurs talk strategy, while professionals study logistics.  Logisticians and sustainers are an unseen but critical part of our military, the bedrock of our defense.  We are grateful to all of you for your service to your countries.

I also want to thank the Lithuanian Armed Forces for being a great host to our U.S. soldiers, for Lithuania’s commitments to multinational and NATO operations, and for the close and robust partnership between our countries.