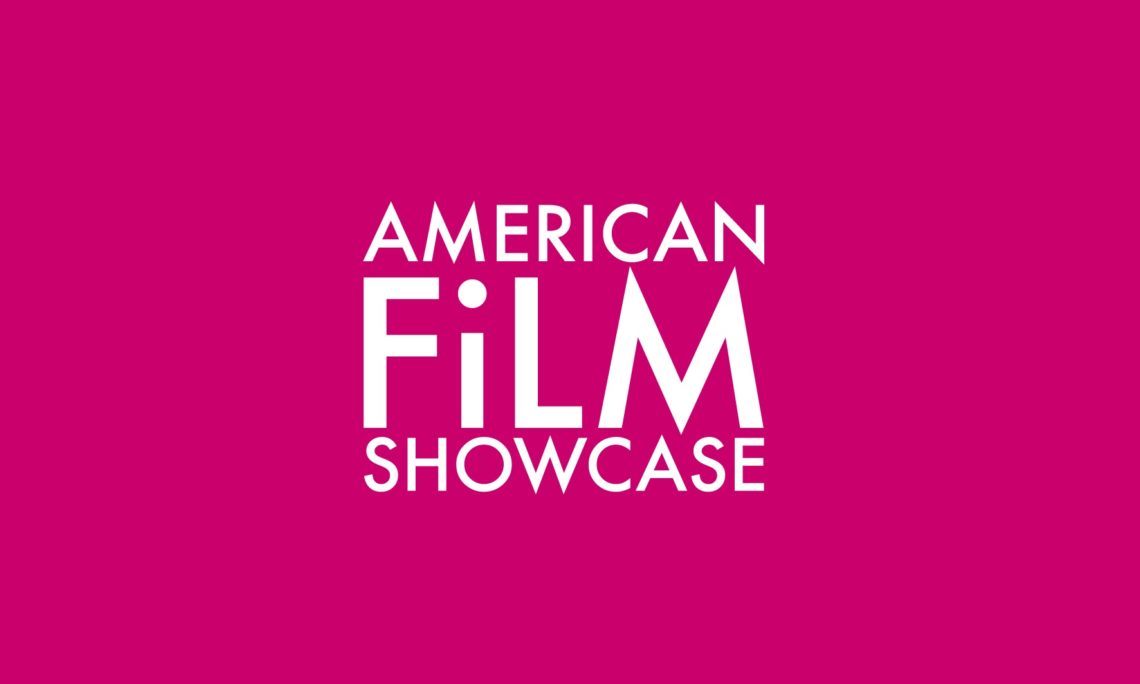 American Film Showcase is a U.S. Department of State funded Film Diplomacy program, connecting film enthusiasts worldwide. The program brings award-winning contemporary American documentaries, independent films, and storytelling know-how to audiences around the world. Partnering with the State Department and the University of Sothern California School of Cinematic Arts, the U.S. Embassy in Lithuania offers school and university communities opportunities to attend film screenings (at the American Center, at the U.S. Embassy in Vilnius), followed by a lecture or discussion. Alternatively, arrangements can be made for schools and universities to invite the Embassy to screen a documentary of their choice for screenings to take place at their locations. Below is a list of films, available until 2021.

63 BOYCOTT connects the forgotten story of one of the largest Northern civil rights demonstrations to contemporary issues around race, education, and youth activism.

Synopsis: On October 22, 1963 more than 2500 students boycotted the Chicago Public Schools to protest racial segregation.  Many marched through the city calling for the resignation of Scholl Superintendent Benjamin Willis, who placed trailers, dubbed “Willis Wagons”, on playgrounds and paring lots of overcrowded black schools rather than let them enroll in nearby schools.  Blending unsees 16mm footage of the marc shot by Kartemquin founder Gordon Quin with the participants’ elections today, ’63 Boycott connects the forgotten story of one of the largest northern civil rights demonstrations to contemporary issued around race, education, school closings, and youth activism.

American and Russian filmmakers with disabilities use their cameras to tell their stories, empower, themselves, and help us understand the challengers they face.

Synopsis: People with disabilities are the largest minority in the United States and in Russia with 57 million American and 13 million Russians living with a disability.  Most of us will become disabled at some point in our lives. Still, disabled people continue to be underrepresented or stereotyped in media. All For One: Media Enabled Musketeers puts cameras directly in the hands of people with disabilities, letting them tell their own together for the common good, wielding cameras for sabers.  35 Russians and 13 Americans collaborated to create works about everyday issues to empower themselves, educate the public, and provide more opportunities for people with disabilities.  The participant featured in the documentary strive to represent their unique positions.  These include films about accessibility, finding love, confronting prejudice, and following dreams.  They start a little person, blind person, persons with paraplegia and quadriplegia, a stroke survivor, and a young man with autism.  Dozens of Russian and U.S. journalists also participated.

America’s Musical Journey celebrates the unique diversity of cultures and creative risk-taking that characterize America, as told through the story of its music.

Synopsis: In America’s musical cities, every chord, every riff, every bang of a drum tells a story.  In America’s Musical Journey these stories come together to create a soundtrack for the American experience – a soundtrack that showcases the nation’s diversity and its collision of cultures, culminating in a unique blend of sound, music and innovation unlike anywhere else in the world.

Between Sound and Silence documents the process in which cochlear implants and other modern technologies have transformed the experience of deafness.

Synopsis: For more than a generation now, cochlear implants have, for some, been transforming the experience of deafness.  “Between Sound and Silence”, director Irene Taylor Brodsky delves into conversation with a cohort of people living that transformation.  Herself the child f deaf parents and the mother of a deaf son, Brodsky delves into a complex realm deafness and hearing, rather than absolute states, are territories of human experience to the bridged and explored.

Shaionna, a young Lakota woman, creates a girls’ boxing team to combat the youth suicide, epidemic threatening the Lower Brule Sioux Reservation. With the odds stacked against her, Shaionna must confront her own demons as she fights to bring hope and healing to her community.

Told through the recounted experiences of the Apollo 8, Earthrise explores the beauty, awe, and grandeurs of the Earth against the blackness of space.

Synopsis: Earthrise tells the story of the first image captured of the Earth from space in 1968.  Told solely by the Apollo 8 astronauts, the film recounts their experiences and memories and explores the beauty, awe, and grandeur of the Earth against the blackness of space.  This iconic image had a powerful impact on the astronauts and the world, offering a perspective that transcended national, political, and religious boundaries.  Told 50 years later, Earthrise compels us to remember this shift, and o reflect on the Earth as a shared home.

Fingerprints is the story of two music programs for kids that virtually unite to record two songs.

Synopsis:  Fingerprints is the story of two music programs for kids – one in Haiti and one in California – that come together, virtually to record two songs.  Along the way, the kids learn that, even though their lives are very different, their spirit, ambition, and love of life are strikingly similar… and music is a universal language that connects us all.

Synopsis: After being taken away from her parents as a baby by the state and given up for adoption, singer-songwriter “Cami” Jenni Alpert went searching for her birth father. She finally finds him: homeless, toothless, addicted. And a musician, just like her.

An examination on the challenges that physically impaired individuals face with dating and intimate relationships.

Synopsis: The award-winning documentary Love & Loss follows two surprisingly strong women: Karen Crespo & Nicole Evans. Both women are vibrantly physically disabled; however, Nicole was born disabled wile Karen became disabled later in life. There is a tremendous difference between being born with a disability and becoming disabled later. Nicole has had the past 30 years to cope with and learn to embrace her disability. Despite their trials, these women are taking steps to find love in their lives. Through the observation of the dating lives of theirs, this film explores the challenging and often unconventional intimate relationships of physically impaired individuals, as well as how those individuals define and live their lives within the context of their disabilities.

Synopsis: This is the story of one game, one basketball, one gift, and one girl. But it’s also your story. And my story. And the story of thousands of young girls and women who aspired to be like the greatest coach of all time. A winner. Not just on the court, but in life. It’s the story of legacy.  The legacy of a woman from a small town in Henrietta, Tennessee, who would grow up and change e world. And ultimately, in her relentless pursuit of excellence, inspire an entire generation to do the same.  This story begins in 2007.  The world was an interesting place.  War raged in the Middle East.  School shootings dominated national headlines.  Political tensions swirled around the U.S. presidential election.  And the winningest coach in basketball history, Pat Summitt, celebrated her seventh national title.  For two University of Tennessee doctoral students Sarah Hillyer and Ashleigh Huffman, al o these seemingly disparate ideas were completely intertwined – the word needs peace and sport can be the vehicle. Using their connections as graduate students and basketball camp coaches, Hillyer and Huffman approached Coach Summitt with one simple request – basketballs for the girls and women of Iraq.  What happened next was the beginning of an epic journey and an unlikely friendship between a forgotten generation of girls and the greatest basketball coach of all-time.

The life of Dr. Victor Rios, a former gang member and felon who turned his life around with the help from a teacher.

Synopsis: I was in prison before I was even born.  So begins the story of Dr. Victor Rios, who by 15 was a high school dropout and gang member with three felony convictions and a death wish.  But when a teacher’s quiet persistence, a mentor’s moral conviction, and his best friend’s murder converge, Rio’s path takes an unexpected urn.  Through Rio’s personal lens and its interplay with the stories of the youth of Yo!Watts, The Pushouts interrogates crucial questions of race, class, and power – and the promise and perils of education – at a particularly urgent time.

An ambitious program works to restore once-bountiful oysters and the environmental benefits they bring to New York Harbor. Take Back the Harbor highlights students at a remarkable public high school where environmental stewardship is part of the curriculum.

One New York’s Governor’s Island, an unprecedented program has an ambitious goal: to restore once-bountiful oysters and the environmental benefits they bring to New York harbor. What’s more, the foot soldiers of this environmental movement are un unlikely group – high school students at a remarkable public school that teaches stewardship of the waterways alongside math and English.  Take Back the Harbor highlights the stories and work of these extraordinary students and their inspiring teacher as they persevere to turn the tide on decades of neglect and ring back the health of New York City waterways.

The son of famed Kansas City jazz musician Milton Abe, Sr. contrasts is father’s musical genius of his own dexterity as a pastry chef.

Synopsis: The film presents an intimate portrait of Milt Abel II, considered one of the best young pastry chefs in the world. The son of Kansas City jazz legend Milt Abel Sr., Milt II longed to follow in his father’s footsteps, but on a different stage. He found his passion in the culinary arts at an early age, working his way p to become head pastry chef at Thomas Keller’s The French Laundry ad Per Se and sous pastry chef a Rene Redzepi’s to-Michelin star restaurant Noma.  As he was rising to the top of his career, his father’s was coming to an end. Realizing his own limitations, and finding himself at a critical crossroads, Milt II pushed the button to turn back time, reflecting on the rise of his start and is intersection with the setting of his father’s.

A limbless football coach embarks on his first season at the helm of his own program.

Logline: Zion is a disabled Ohio high school wrestler wo grew up in foster care and used wrestling as his source of therapy and family.