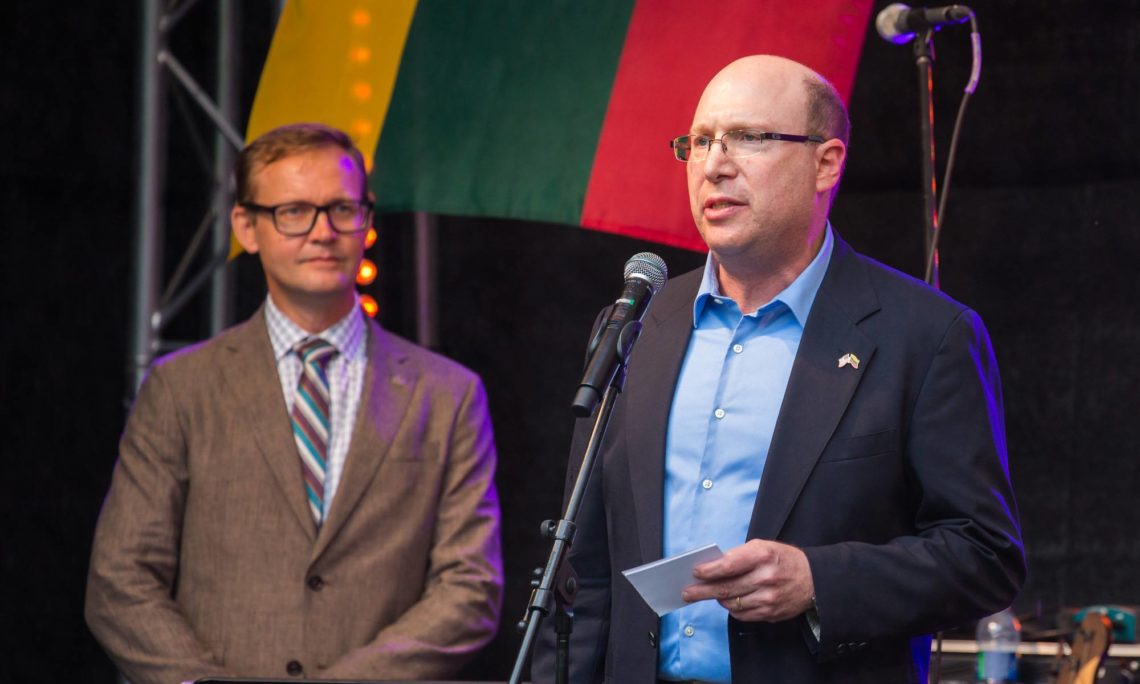 Commemoration of the Anniversary of the Sumner Welles Declaration

In this exceptional year when Lithuania celebrates the 100th anniversary of the restoration of its statehood, the annual commemoration of the Sumner Welles declaration takes on a special meaning. Looking back at 100 years of U.S. and Lithuanian relations, there are numerous examples of the friendship between our peoples, cultural and economic ties, and our commitment to European security.

But the Sumner Welles declaration is perhaps the strongest and most durable symbol of our shared values of liberty and democracy. In 1940, as the Soviet Union dismantled the governments of Lithuania, Latvia and Estonia, the U.S. Secretary of State condemned the actions and proclaimed that the United States would never recognize the Soviet claim to the Baltic states.

I’m not sure Sumner Welles realized back then what a profound and lasting impact his statement would have. That the most powerful nation in the world would speak up to defend the sovereignty of the three Baltic countries, is a testament to America’s conviction that freedom belongs to everyone. Freedom belongs to all nations. Such a belief requires us to protect those whose liberty is threatened, just as Secretary Welles did 78 years ago.

But when it comes to freedom, there is no finish line. Yesterday’s threats may be gone, but we must not become complacent. It is appropriate that we gather together every year to remember a time – not that long ago – when freedom could not be taken for granted. We remember the audacity of leaders like Sumner Welles, who opposed the Soviet Union’s “predatory activities” against the Baltic states. We remember the courage of the Lithuanians, Estonians, and Latvians who would not succumb to tyranny. And we remember the perseverance of the Lithuanians through decades of struggle to restore their country’s freedom.

On behalf of the United States of America, I thank Lithuania and her people for your steadfast friendship, courage, steadfast devotion to our shared values of freedom and liberty. Let me once again congratulate you on your centenary and everything that Lithuania has achieved in the last 100 years. I hope the next 100 years will see the partnership between our two countries continue to blossom.