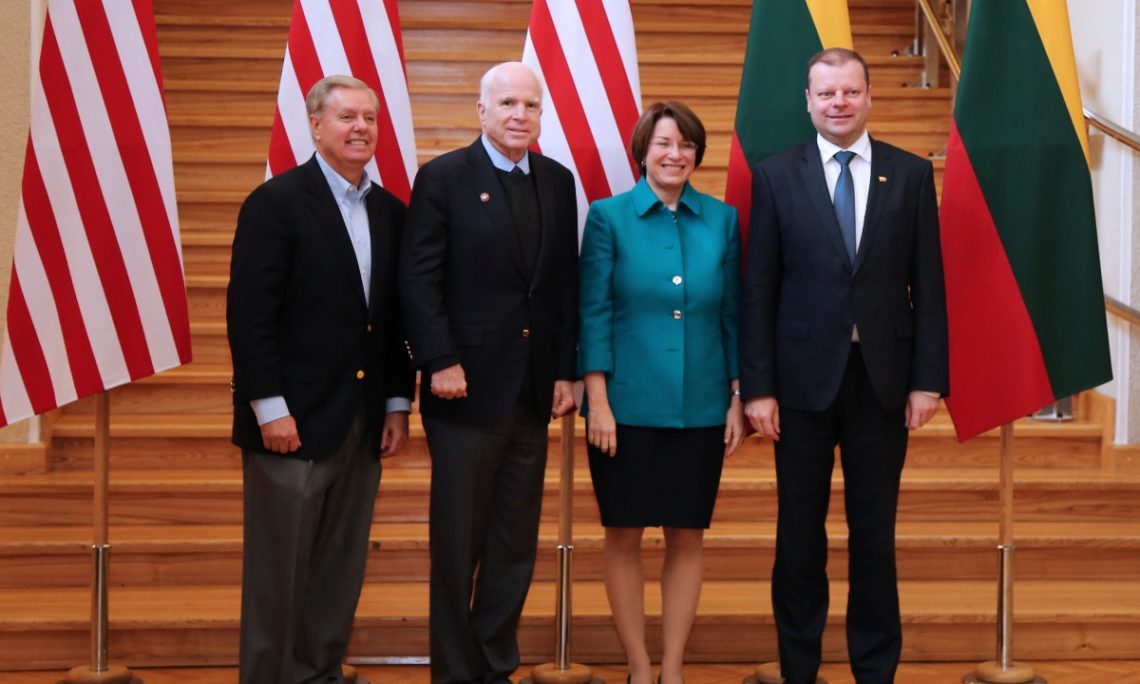 On December 29th, 2016, U.S. Senators John McCain (R), Lindsey Graham (R), and Amy Klobuchar (D) demonstrated bipartisan Congressional support for Lithuania and the Baltics during a full day of meetings and engagements in Vilnius. The delegation met with high-level government officials to reaffirm the U.S. commitment to the region and to underscore our common goals of security, economic growth, and enhanced cooperation. The delegation also met with the public and the press to answer questions about U.S.-Lithuania relations. The senators’ visit to Lithuania highlighted the strong ties between Lithuania and America and the common values and priorities we share.