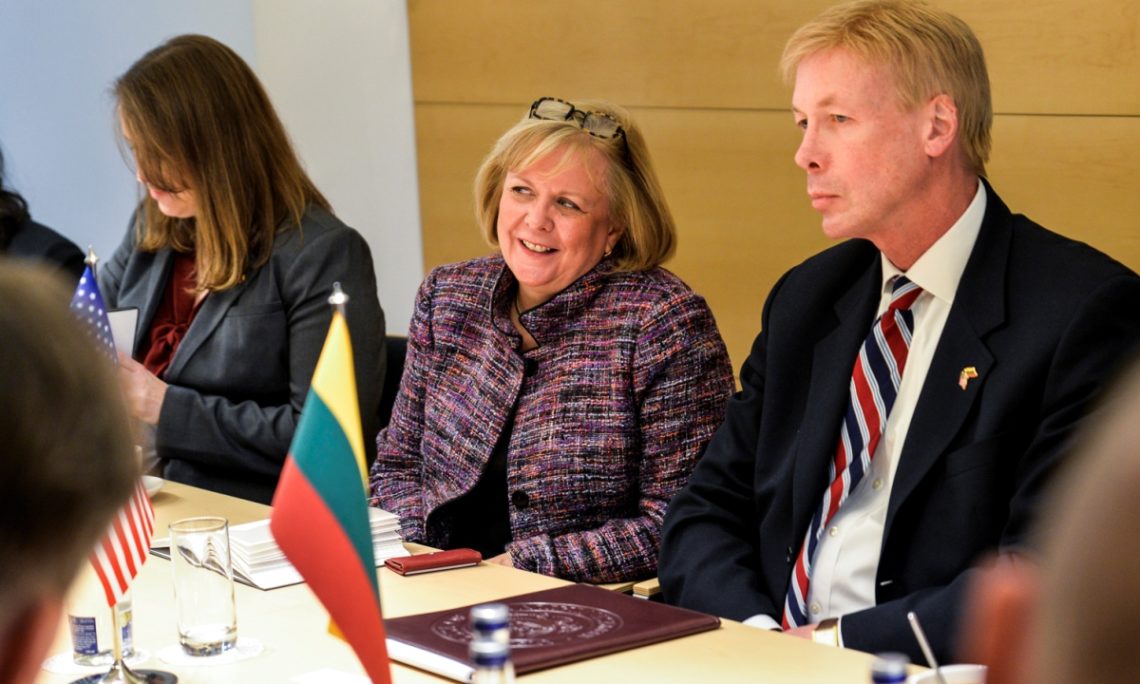 On October 19th, a congressional staff delegation from the U.S. House of Representatives Foreign Affairs Committee traveled to Latvia and Lithuania. While in Lithuania, the delegation toured the airbase at Siauliai and the military base at Rukla. They also met with the Ministry of Defense, the NATO Force Integration Unit, the Ministry of Foreign Affairs, members of Parliament and representatives from civil society. The visit highlighted the close cooperation and mutual respect between the United States and Lithuania. This was the 7th delegation of U.S. congressmen and staff to visit Lithuania in October, demonstrating the U.S. Government’s strong interest in the region!