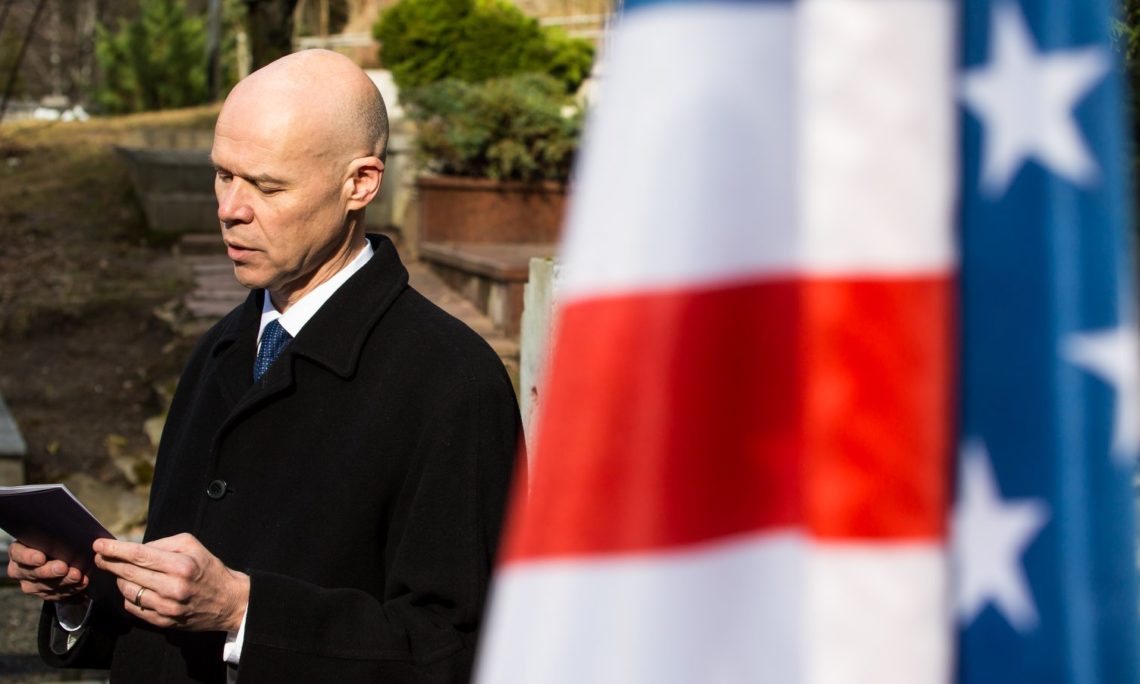 Let me thank the Kaunas Branch of the Union of Lithuanian Army Founders – Volunteers for the invitation to take part in this 100th year anniversary commemoration of the tragic death Lithuanian army volunteer Pranas Eimutis.

Volunteer Eimutis died while protecting a building which housed an assessment mission of the American Relief Administration, an organization which would provide more than four million tons of food to European countries, including Lithuania and the other Baltic states, following the First World War.

The American mission was among the very first to the newly independent Lithuania, and the historical records say that it was greeted at Kaunas train station by a welcoming crowd and driven through a city decorated with American flags.

Without any doubt, the actions of Pranas Eimutis on that day in 1919 show the strong resolve of Lithuania volunteers to defend their country.

To me, as an American, they also show the friendship that Lithuanians have always felt for my country.  And just as at that time, today Lithuanian soldiers also demonstrate their professionalism and partnership, including in international missions alongside Americans.

It is also a fitting tribute to Pranas Eimutis that we honor him during a month when Lithuania will mark another important anniversary – of the date 15 years ago when Lithuania joined NATO, an Alliance made stronger by Lithuania’s presence and the contributions of its soldiers, and also an Alliance which further strengthens the partnership and friendship between Lithuania and the United States.

Today we honor the memory of Pranas Eimutis, and his grave, and the  memorial plaque at the site of the former Metropolis Hotel, will always remind future generations of his actions that day, of the bonds between us, and of the bravery and dedication of Lithuanian soldiers.