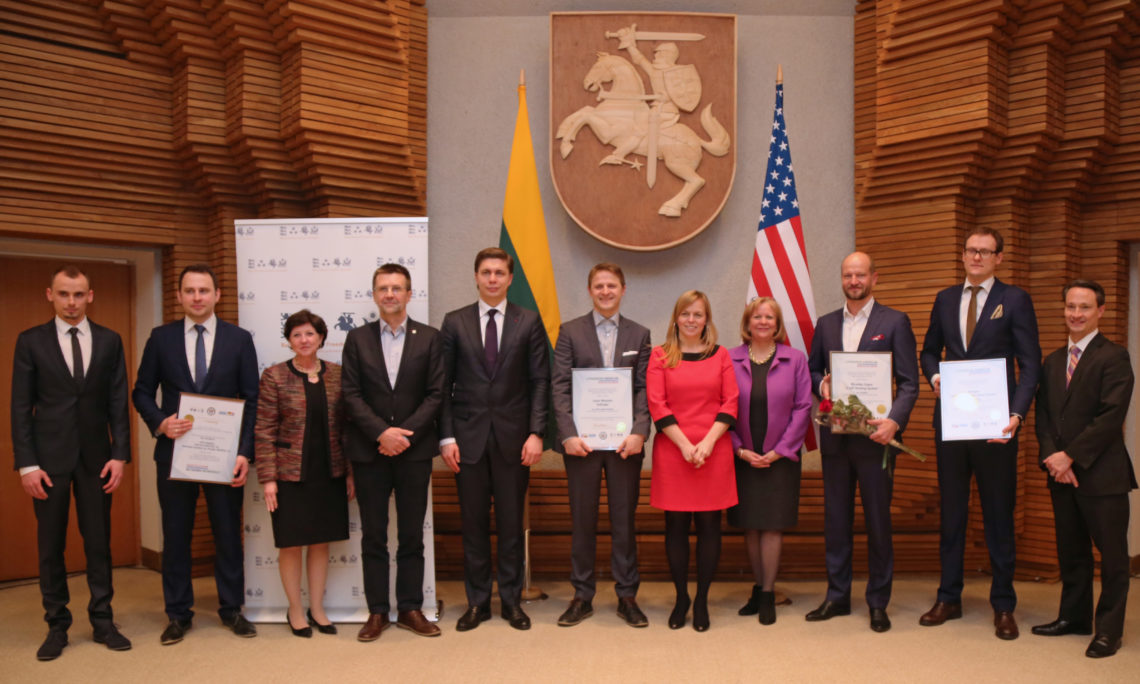 American-Lithuanian Business Council (ALBC), the Baltic American Freedom Foundation (BAFF), and the U.S. Embassy in Vilnius today announced the winner of the first-ever Lithuanian-American Innovation Award. The first prize and €10,000 award went to Dr. Linas Mazutis, who collaborated with scientists from Harvard University to develop inDrops – a technique for the efficient isolation and sequencing of single cells. The second prize and €5,000 awards went to two finalists: Rimas Gulbinas and the project “Maalka – Commercial Building Sustainability Platform,” and Virginijus Siksnys and his team at the Institute of Biotechnology at Vilnius University – the developers of CRISPR-Cas9 Technology enabling editing genomes.

The other two finalists for the award were:

“The intention of this award is two-fold – to call attention to the high level of innovation and collaboration occurring between Lithuanian and American partners, and to provide modest financial support to encourage this innovation to continue,” said U.S. Ambassador in Lithuania Anne Hall during the presentation of the awards. “Both of our countries are on the cutting edge of innovation, and this is one small way to make the world aware of that.  Already partnerships in this field are creating jobs in both of our countries and advancing ideas for new products.  In other words, if you want to find a good place to cultivate innovative technologies in any field, this is the place to do it!”

The “Lithuanian-American Innovation Award” was established by the Baltic American Freedom Foundation (BAFF), the American-Lithuanian Business Council (ALBC), and the U.S. Embassy in Vilnius. The prize was designed to recognize a Lithuanian individual, organization, university, or firm that has developed an innovation in collaboration with a U.S. partner.