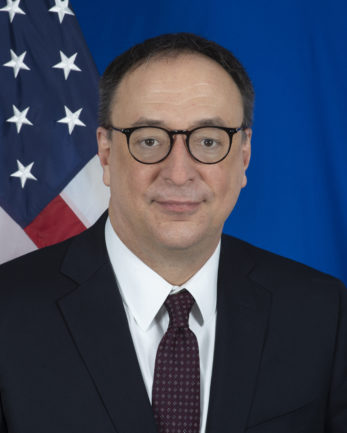 Ambassador Gilchrist is a career member of the Senior Foreign Service, class of Minister-Counselor.  His last position at the Department of State was that of Director of the Operations Center 2016-2019.

Mr. Gilchrist earned a Bachelor of Arts from Wake Forest University, and holds a Master of Arts from the University of Virginia.  He speaks Spanish and French and has working knowledge of Romanian and Estonian.