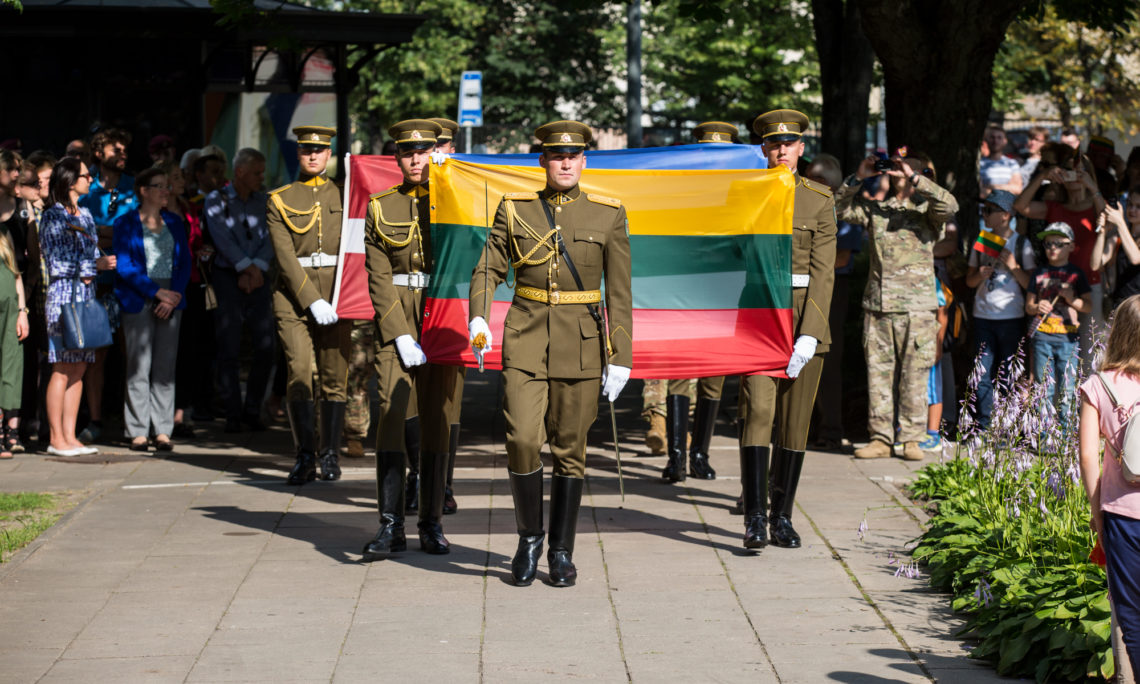 Commemoration of the 77th Anniversary of the Welles Declaration

(Ladies and Gentlemen, it is my honor to be here today with you to remember our history.)

Today we commemorate an action that took place 77 years ago, when the United States stood with the Baltic States to oppose tyranny and announced to the world that Lithuania, Latvia and Estonia should be free and independent countries.

In 1940, when the Soviet Union dismantled the governments of Lithuania, Latvia and Estonia, it was an assault not only on your government, your communities, and your families, but an assault on democracy itself. In response to this aggression, Acting Secretary of State Sumner Welles declared that the United States would never recognize the Soviet claim to the Baltic States with these words:

The policy of this Government is universally known.  The people of the United States are opposed to predatory activities no matter whether they are carried out by the use of force or the by the threat of force.  They are likewise opposed to any form of intervention on the part of one state, however powerful, in the domestic concerns of any other sovereign state, however weak….The United States will continue to stand by these principles, because the conviction of the American people is that unless the doctrine in which these principles are inherent once again governs the relations between nations, the rule of reason, of justice and of law — in other words the basis of modern civilization itself — cannot be preserved.

These principles guided the United States – and in many ways, guided the Western World – for 50 years, until the Baltic nations were once again led by democratically elected governments of free people.  The Lithuanian flag was banned here in Vilnius, but it never stopped flying in Washington, DC.  I stand before you today to tell you these principles still guide the government of the United States. Next week we recognize another important date in the relationship between the United States and Lithuania – the 95th anniversary of our formal recognition of the Republic of Lithuania in 1922. In April of that year, an American diplomat named Evan Young wrote to Washington that the governments of Lithuania, Latvia and Estonia “exercise their powers by and with the consent of their respective people” – a phrase that put the legitimacy of your nation on equal footing with our own, and a realization that demanded formal recognition even in the face of complicated European relations. On July 28, 1922, at 9-o’clock, U.S. diplomats simultaneously appeared at the Foreign Offices in Kaunas, Riga and Tallinn to announce that the United States had extended formal recognition to the Baltic States.

But the friendship between our two countries did not begin 77 years ago, or 95 years ago.  In fact, it goes back much further, to 1659, when historians believe the first Lithuanian arrived in America.  His name was Aleksandras Karolis Kuršius and he was a scholar and teacher in New York.  We have been learning from one another for 358 years, and we’re not done yet. I am proud to say that the partnership between our two countries has never been stronger or more important than it is today.

On behalf of the United States of America, I congratulate Lithuania on your remarkable achievements since overcoming the tyranny of Soviet domination. As you begin to celebrate the 100th anniversary of the re-establishment of your statehood next year, we look forward to the next 100 years of Lithuanian-American friendship.