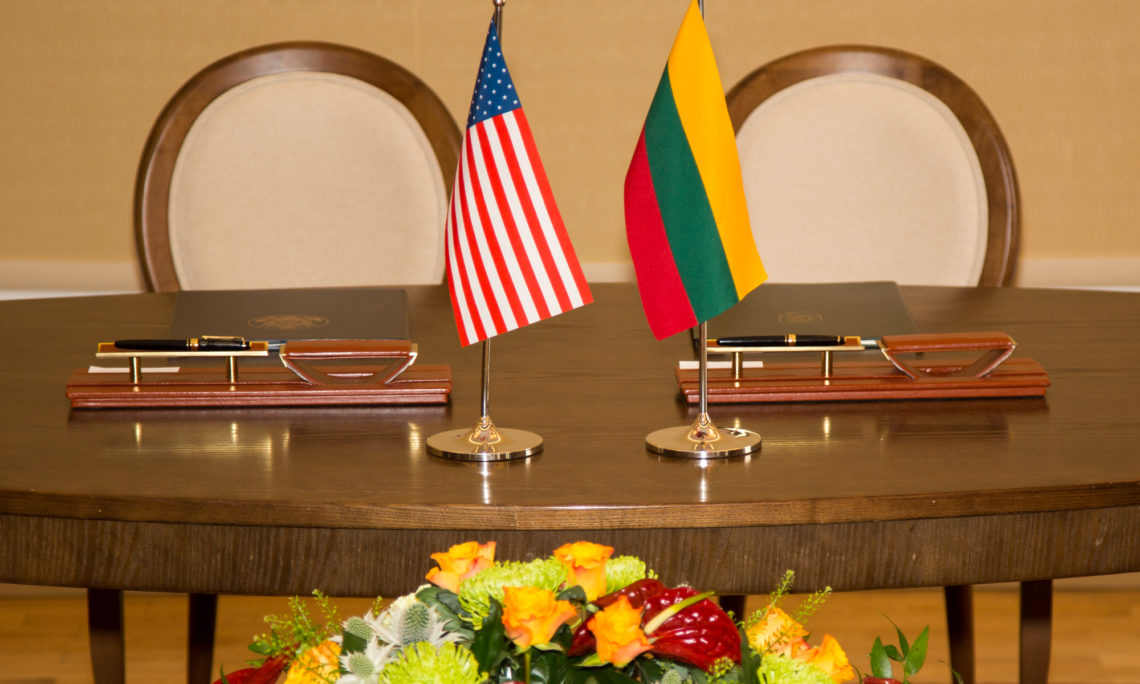 On June 25, 2018 U.S. Ambassador Anne Hall and Lithuania’s Education and Science Minister, Jurgita Petrauskiene, on behalf of their respective governments signed the third bilateral umbrella Science and Technology Agreement. The agreement will strengthen collaboration between the United States and Lithuania in scientific research, allowing for increased bipartite research projects, shared equipment and personnel, and a higher number of seminars, conferences, and symposia for sharing information.

“This agreement is a symbol of the strong ties between our two nations and our mutual commitment to advance scientific research for the benefit of the American and Lithuanian people,” said Ambassador Hall. “For many years, our scientists and innovators have collaborated in the fields of lasers, bio-technology, materials science, IT, semiconductors, heath-related science, natural resource management, environmental protection, energy and many others. We look forward to continued dynamic and effective international cooperation among the full array of scientific organizations and individual scientists within the two countries and the Baltic region.”

Under the agreement the governments of the United States and Lithuania have agreed to develop, support, and facilitate cooperation in science, technology, and innovation between the two countries based on shared responsibilities and equitable contributions and benefits, and also to encourage and facilitate the development of direct contact and cooperation between competent governmental authorities, universities, research institutions, private sector companies and other entities of the two countries.  The agreement also includes a new Intellectual Property Rights Annex, which defines the rights for the scientists involved and should serve to encourage greater scientific collaboration.