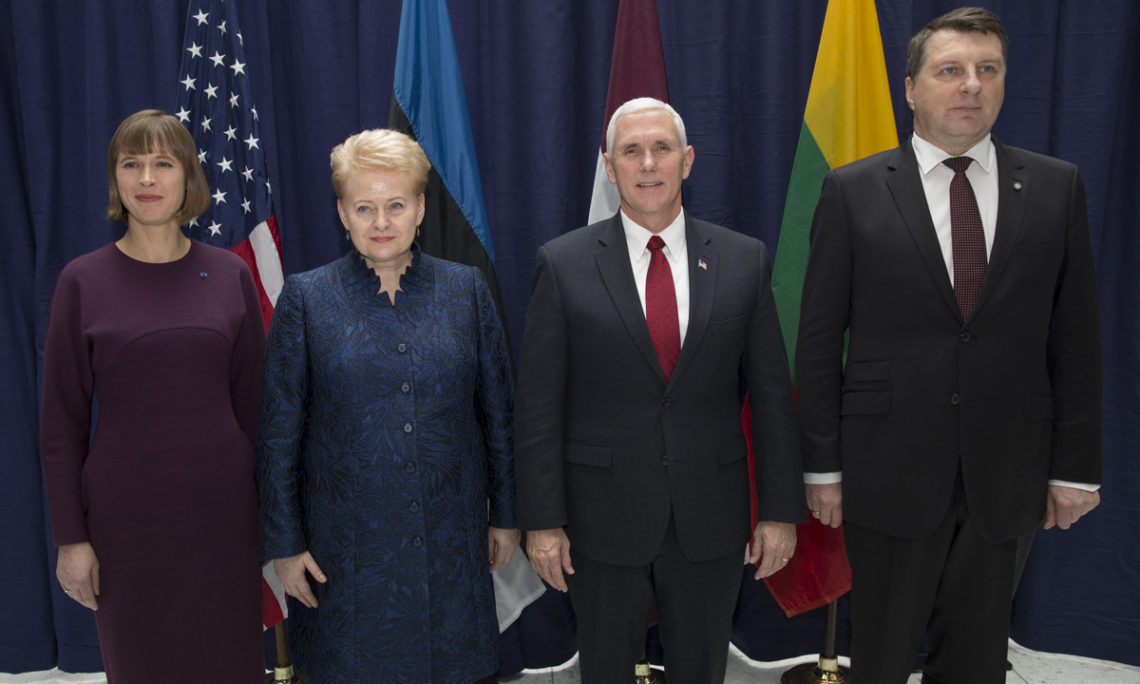 On February 18, Vice President Mike Pence met with Lithuanian President Dalia Grybauskaite, Latvian President Raimonds Vejonis, and Estonian President Kersti Kaljulaid. The Vice President reaffirmed the enduring U.S. commitment to the security of the Baltic states and to the collective defense of NATO Allies under Article 5.  The leaders agreed that NATO must continue to transform to counter threats such as terrorism and hybrid warfare, and the Vice President applauded the Baltic states’ concrete plans to meet or exceed defense spending at 2 percent of GDP.  The leaders expressed concern over the ongoing violence in eastern Ukraine and underscored the need for progress toward the full implementation of the Minsk agreements to bring a peaceful resolution to the conflict.